Have you ever felt like he’s just not that into you? Whether you’ve met on Tinder or through a friend, you can tell whether or not your relationship is going anywhere. Sometimes he could act distant, or it feels like he’s hiding something from you, or you just feel like you’re talking to a brick wall.

Or what if it feels like you two have hit it off on your first and second date, only for him to ignore your text and practically disappear from your life days after? Were you just ghosted, is he ignoring your texts, or is it normal for a guy to stay quiet until a few days later?

When he doesn’t text back, you might want to choose to let him go and find someone else. But if it’s more than a casual fling or you know the two of you had fun, it’s hard to let this go. Today, we settle once and for all the question on your and other girls’ minds: Should I text him back after he ignored me? Or will my double texting be a desperate turn-off?

What Is Double Texting?

Double texting means sending another text even if the receiver hasn’t responded to your previous messages. It’s like when you text him a question and, for an hour or so, they don’t reply, so you’re considering sending a follow-up message to ask why he isn’t responding to your last text or a message to keep the conversation going.

In an era of social media and the rise of technology, some people just want to take a break from communication tools or are too busy to look at their phones. Asking why they haven’t texted back can sound a bit needy and desperate, especially if the topic you’re talking about isn’t that deep. After all, not everyone is always glued to their phones. So instead of looking like a sad loner, people opt against double texting and instead wait for the other person to reply, though that could take days (if ever) before the person you’re texting responds.

When Is Double Texting Okay?

This really depends on a lot of factors like the relationship, the time, and the urgency of the matter. Some relationships are comfortable with double texting, ignoring the unwritten and arbitrary rules of double texting. If it’s urgent – say a decision you have to make quickly or a life-and-death situation (and let’s not be dramatic, you know when it really is an important situation), double texting is fine.

It’s off-putting if, at the beginning of the relationship, you demand he text back after sending and already think the worst after a few minutes. Don’t expect a guy to reply at 11 in the evening if he has to get up at 5 to get ready for work because he might be asleep. It ruins his – and anyone’s mood, for that matter – if he wakes up to five texts demanding he reply while he was asleep.

What to Do When a Guy Ignores Your Texts

What you should do if you feel ignored really depends on the situation. If he is your spouse, then chances are you’ll see him at the end of the day, so you can talk to him then. If this is a fling or a relationship, you need to learn how to gauge how you two are feeling. Did you just have a fight and you need your space? Or did your first date really go as well as you thought? You might have had fun, but did they? If you think they’re ignoring or avoiding your texts, give it at least a day or two.

If everything seems fine, have you considered that maybe he’s just busy or asleep? Some companies and job positions don’t allow employees to check their phones until after their shift is over. A few times, I’ve even been guilty of seeing my phone beep at work, but I’ve built up a momentum completing my task and promise to reply later, only to forget about it and make it appear I’ve been ignoring that person’s text.

Why Is He Ignoring My Messages?

It’s a sign of a healthy relationship if you trust him and don’t think he’s ignoring you. If it’s not important, put down your phone and don’t worry about what’s going on and focus on the rest of your day. If there’s nothing wrong, he should be able to respond eventually. But if over two days pass, nothing happens, and he has yet to reply, consider texting. At this point, he may have forgotten to reply (it happens to all of us) or he’s already deliberately ignoring you.

Should I Call Him?

If this really is an urgent text, skip the text and call them directly. If it’s an emergency, you can’t wait on the idea that he’s on his phone and you should call him immediately.

But if worst comes to worst and they refuse to communicate with you or it appears like you’ve been ghosted, honestly, why would you want to call that person? Ghosting or ignoring a person completely is an awfully immature thing to do. If he does respond and it feels like he’s not interested, don’t bother because it will be a pointless relationship.

Don’t Be a Fallback

What if he ignores you for days or weeks, only to message you with a simple “hey” out of the blue? I recommend you ignore him and put him in the same league with men who don’t bother to text back at all. There’s this thing called a “fallback,” and that is the last thing you want to be.

If you’re not in an exclusive relationship where communication is common and are just starting out, chances are, he’s exploring his options. He’s talking to other girls, but once they show they’re not interested, he’ll go to you – someone clearly interested – just to boost his confidence. There are signs for that, and if your instincts tell you that you are a fallback, then you are a fallback.

My advice? If you feel like he’s ignored you, text him one more time. If it’s not important or you don’t have anything else to say, put your phone down and do something productive. If it’s meant to be, he will reply eventually, and you can see where it leads from there. If he doesn’t reply or it turns out to be a boring, one-word conversation, save yourself the pain and go. There are plenty of fish in the sea, so don’t settle for a guy that clearly isn’t interested. 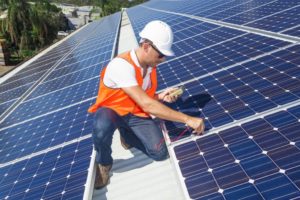 3 Best Vacation Suggestions to Have With Friends

A Beginner’s Guide to Deadheading Plants 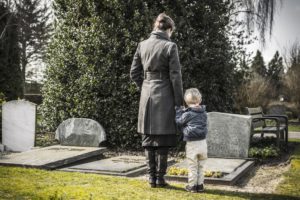 How to Safely and Healthily Cope with Grief and Loss