Some people who desperately want to shed extra pounds try all sorts of diets that they find on the web. Knowing exactly what diet plans to follow, however, can be tough. The internet has thousands of nutritional “gurus” and inspiring stories claiming how a certain diet helped them lose a certain number of pounds in a short timeframe.

One good example of this is the popular potato diet. Although this vegetable does offer nutrients, you may wonder if following this diet can help meet your weight loss goals.

This comprehensive guide will tackle the potato-only diet, the rules behind this diet plan and whether it’s both safe and effective.

What is the Potato Diet?

The potato diet plan claims to help people shed a pound each day when they consume nothing but potatoes. Since you’re just eating one type of food, you can consider this as a form of crash diet.

The original concept behind this weight loss fad isn’t new, though. According to the book titled, “Potato Hack: Weight Loss Simplified” by Tim Steele, the potato-only diet goes back to 1849. This diet plan was for people who were becoming dyspeptic and fat from living a luxurious life. The said diet assured fat individuals that will become as lean as they should be.

The book also noted that the potato diet isn’t just for people who were overweight. People experiencing digestive issues can follow an all-potato diet to improve their digestion.

Steele likened potatoes to diet pills, claiming that they make people shed pounds and improve their gut health, fortifying their immune system and delivering plenty of nutrients to the body.

Many have testified to the effectiveness of this diet. Andrew Flinders Taylor took the Spud Fit Challenge and reported to have lost approximately 115 pounds after 12 months of dieting.

Another example is the famous magician Penn Jillette. Under medical supervision, the illusionist embarked on the potato-only diet. He said that he consumed only plain potatoes for the entire two weeks. He then claimed to have dropped more than 100 pounds.

What to Eat on a Potato Diet

The only food you can eat is potatoes. Simple as that. Although several versions exist, Steele enumerated strict potato diet rules in the book.

Those following this weight loss fad would have to take note of the following:

Other variations of the potato diet are less strict. Taylor’s Spud Fit challenge, for example, allows dieters to cook and eat potatoes with fat-free condiments, spices and herbs.

Is the Potato Diet Effective?

Potatoes are naturally low in calories, so they may help you lose weight. A study found that diets that curb calories are likely to result in loss of weight, so long as you can stick to them.

Although consuming two to five potatoes per day may seem like a lot, the total calorie count only ranges from 500 to 1,300. This is lower than the estimated daily calorie needs of both adult men and women.

The potato diet, though, is not a long-term solution for weight loss. You’re likely to gain back the weight you lost. If you’re adhering to a low-calorie diet, your body may adapt to this change by burning fewer calories and decreasing your metabolism rate. This slowdown may linger even after you’ve stopped the potato diet. This is a condition called adaptive thermogenesis. People with this condition may have a hard time maintaining weight loss.

Is the Potato Diet Safe?

Sticking to the potato diet for the short term, such as a week or two, may not be harmful. When you look at the big picture, however, you’ll realize that consuming nothing but this vegetable can be detrimental to your health.

Potatoes aren’t a rich source of protein. Not getting enough of this nutrient could lead to muscle deterioration. Muscles are vital for overall metabolic health. They also help you perform a range of activities, such as carrying groceries, using the stairs and doing basic landscaping.

What’s more, the potato diet is an extremely restrictive crash diet. On top of being hard to follow, you could develop binge eating and other unhealthy eating behaviors.

What to Consider Before Starting Any Diet

When you come across a fad diet, such as the potato diet, don’t jump on the bandwagon right away and assume that you’re going to achieve the weight you want. You have to perform due diligence to determine if this weight loss plan is effective for you.

Here are guide questions you should consider before you begin any kind of diet:

Is the diet I’ll be following balanced?

Avoid diet plans that severely restrict or eliminate macronutrients or entire food groups. They are difficult to maintain and are unbalanced in terms of nutrition. Also, fad diets that promote the consumption of one kind of food, such as potatoes only, may increase your likelihood of nutritional deficiencies.

Is the diet safe?

Just because Penn Jillette and Andrew Taylor succeeded in their potato diet doesn’t mean that this weight loss plan is safe for everyone. Before you start any diet, you should consult with a dietician or a general practitioner. This is especially true for individuals with a history of disordered eating and existing medical conditions.

Fad diets that guarantee significant weight loss in a short period are unlikely to deliver the results you want. Even if you do achieve them, the outcome may not be desirable. When losing weight, you want to do so sensibly and gradually. Shedding too many pounds can cause muscle deterioration and make you underweight.

Is the diet sustainable?

The all-potato diet is a plan that not many can sustain over time. After all, you’re required to eat nothing but potatoes. If this diet isn’t something that you can permanently integrate into your lifestyle, you may want to explore other fitness or weight loss options.

When you follow a diet, remember that you need to cut down your energy intake, so that you can burn off more than you consume.

Potatoes can supplement a healthy diet. Although these vegetables can help you lose weight, the potato-only diet is unnecessarily and severely restrictive. Eating nothing but spuds can pose a problem to people who may be tempted to binge on unhealthy food options.

Before you take on the Spud Fit challenge or any other diet fad you see on the web, do your research, consult with your doctor and make well-informed decisions. At the end of the day, you’re responsible for what you do with your body.

How to Enjoy a Truly Relaxing Vacation without the Crowds

Pros vs. Take-It-Ons: When to DIY and When to Call for Help 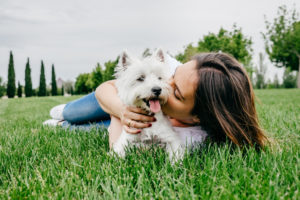 Surprising Benefits of Having a Pet: Why You Should Be a Pet Owner

Pregnancy: How to Take Care of Your Changing Body