If there was a demigod that has fallen from heaven to teach us the merits of running, his name must be Haile Gebrselassie. Hailing from Ethiopia, Haile was born poor to a family of ten children. However, poverty would not deter him from reaching his potential. Instead, it would push him to attain greater heights from the late ’90s to the early 2000s. Some of his world records stand unequaled to this very day. Before Usain Bolt became a household word, Haile ruled the world of running, distance running to be exact.

Like Haile, running can do wonders for your health. Its ability to protect your body from the deathly grip of degenerative diseases is a blessing you should not deny yourself. Why? Running is easy. Don a pair of good running shoes, and you should be on your way to the pink of health in no time.

From a Straw Hut to the World

Born on April 18, 1973, Haile Gebrselassie lived on a farm, which actually was nothing but a straw hut, with his nine brothers (yup, they were all boys) and his shepherd father. Lacking in material wealth, the young Haile has had to walk to school. To be precise, he did not walk. He runs.

And it sure did start Haile’s career. The boy was running ten kilometers to school and another ten kilometers back. And as he had to carry books, he developed a distinctive running style. You can see his left arm is crooked as if he’s still running with the books.

While Usain Bolt is a master of the short distance, 400 meters, for instance, Haile’s young experience would make him a world-renowned long-distance runner. And win he did. Some of his achievements are:

Today, Haile’s 10,000-meter world record has not been broken since 2008. Small wonder why the Ethiopian is considered the greatest in long-distance running.

Making the Most of Running

Running, especially when you do it first thing in the morning, can be exhilarating. As a cardiovascular exercise, it can give you mental as well as physical stimulation. How? Running increases your alertness levels.

It’s like being an early bird catching more worms. When you run in the morning, you reap tons of benefits.

And you can’t have a greater benefit from running than heart health. Studies show doing a 5-minute run every day can be instrumental in lowering your cardiovascular disease risks. Meaning, you lower your chances of early death due to heart disease.

Running can increase your metabolism rate. The ability to convert food into energy for the body to use plays a central role in your daily life. In this regard, a low metabolism rate can mean more body fat for you.

Lastly, running can get you in the right mood. As it releases positive endorphin hormones, you get a positive impact on your mental health.

All these benefits must be the reason why Haile Gebrselassie is always smiling in the pictures.

5 Exciting Outdoor Activities to Help You Stay Fit and Healthy

Your Guide to Staying Fit While You’re Traveling

Activities You Could Do on Your First Date 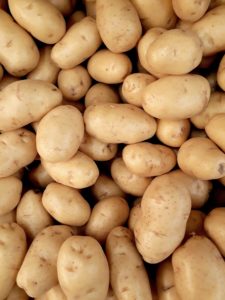 Can the Potato Diet Help You Shed Extra Pounds?